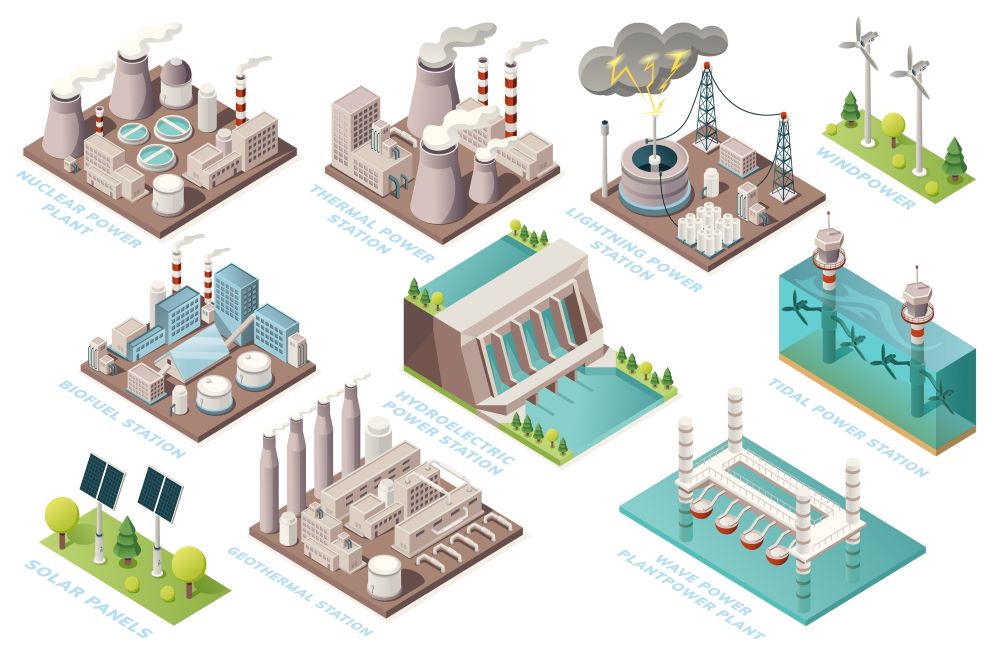 Robert "Bob" Lopez, founder of Nor-Cal Controls, has over 35 years of concentrated experience in the power generation industry, both traditional and renewable. As a senior level engineering professional, he's worked in controls for coal, gas, geothermal, hydroelectric and solar PV plants. We interviewed Bob about the differences between traditional and renewable controls.

What is the difference between traditional energy versus renewable energy?

Traditional energy generation involves burning carbon-based fossil fuels. The three main types are oil, natural gas and coal. Traditional power plants have supported the U.S. power grid up until the last 10 years or so, along with nuclear power. The U.S. had a fairly large fleet of nuclear power that has been decommissioned.

Traditional energy is finite, meaning there are limited reserves. There is only so much oil, natural gas and coal available to extract and burn for energy as these resources are limited.

Renewable energy generation comes from harnessing natural, recurring, non-carbon energy sources. These include solar PV (powered by the sun), hydroelectric (renewable because of rain and snow melt), wind turbines, geothermal steam, and tidal energy flows. These sources are renewable and infinite—in our lifetimes, there will always be sun, wind, falling water and tides.

What types of traditional energy power plants are there?

Traditional power plants all essentially work the same way; they are based on rotating equipment. They burn their fuel in order to create thermal energy, which then turns a turbine. This could be a steam turbine that is powered by a coal boiler, or a gas turbine that is powered by natural gas. The turbine is coupled to a generator, which converts the thermal energy from the turbine into electrical energy.

What types of renewable energy power plants are there?

Renewable energy power plants work in a variety of ways. Hydroelectric plants use energy from falling water in reservoirs and rivers to spin a generator. Wind turbines capture kinetic energy and use it to drive an electricity producing generator. Solar plants use panels with photovoltaic (PV) cells to capture energy from the sun and turn it into electricity. Inverters then convert the DC power to AC so it can be used directly or fed into the grid.

In our current infrastructure across the U.S., traditional energy provides what's known as grid inertia. The rotating equipment used in traditional plants contains a large amount of energy, which rotates at the same frequency as the grid. When there is a demand spike, the frequency of the grid decreases. Having that large amount of rotating mass on the grid acts as a sort of buffer, absorbing and slowing down the change. It provides a frequency and voltage response based on stored energy.

Solar PV doesn't provide that rotating mass. Wind turbines have rotating mass, but they aren't directly connected to the grid—they use a frequency converter between the turbine and the grid. This means that in our current infrastructure, neither solar nor wind can provide grid inertia during demand spikes and the corresponding frequency changes. Without grid inertia, the grid could possibly become unstable and unreliable.

As more renewable energy comes onto the grid, it may be necessary to keep some rotating equipment on the system in order to maintain reliability and stability, until batteries or other energy storage equipment can simulate this grid stabilizing feature.

Over the course of time, we may also see changes to the U.S. grid infrastructure. We may transition to a microgrid structure, with shorter radials that run across states as opposed to long conductors that run across the country. In this kind of system, control of the grid would be regulated in tighter, smaller geographical areas.

Let's look at a coal-fired power plant as an example. The coal comes in from the train, it's pulverized into powder, and then is conveyed from the pulverizer into the boiler. Once there it combusts, creating fly ash and bottom ash that must be eliminated. Within the boiler, there is a force drafted fans to blow air into the system and induced draft fans to pull air out, in order to keep the boiler pressure at a specified level.

All of this coordination is required to move fuel into the system, generate the heat source, get the steam from the boiler to the turbine, and convey byproducts out of the system. The temperature can be over a thousand degrees and the pressure over a thousand pounds. It’s not rocket science technology, but there are numerous critical control loops that if mismanaged could cause serious damage, injury and even death.

By contrast, wind turbines simply move driven by air like a pinwheel, and don’t cause any concern for people or equipment on the ground. With solar PV, there is no danger of the inverters causing a large explosion or spraying superheated steam. The controls are much more basic. You can use controls to change the pitch on the blades of a wind turbine so they bite into the air harder and make a bit more power. You can ask the inverters at a solar PV plant to produce more or less power. These processes are quite simple when compared to gas turbine or steam turbine controls.

Are traditional energy control requirements more complex than that of inverters?

Yes. That is not to say that inverters themselves are simple—they're not. The circuitry in them is mind-blowing. They are, however, simple to control when compared to a gas turbine, for example. With a gas turbine, you have fuel nozzles firing at about 2,500 degrees Fahrenheit. The turbine blade tips could be spinning at almost supersonic speeds in nearly molton conditions. As a result, the fuel and air controls on a gas turbine are super critical in order to keep components from failing.

With solar PV, inverters can fail if the circuitry overheats, or they might de-rate, but they won't melt down or explode unless they were wired incorrectly or have faulty electrical components. And while the circuitry of an inverter is complex, its function is simple. It converts DC to AC. Unless you have a component failure or a short, inverters run with no trouble.

Are there any safety concerns when it comes to controlling a traditional energy power plant, versus a solar power plant?

High voltage is the main safety concern with solar power plants. You have high DC voltage with a lot of current coming into the DC string into the inverter. After the inverter has converted the DC power to AC power, you can have 34.5 kV coming out of the inverter’s transformer. There’s always an element of danger with electric currents and high voltage.

Traditional power plants have many more safety concerns. Ammonia is typically used for scrubbing in the rear end of a coal plant, so there's a possibility of dangerous ammonia leaks Hydrogen generators mean the possibility of a hydrogen explosion. Natural gas under pressure can explode. As we touched on earlier, you can have processes running at incredibly high temperatures in a supercritical unit. If you get a pin leak in a super-heated system, you can hear it, but you can’t see it. If you were to walk through it, the velocity of and temperature of the steam could cut you in half.

All of this is to say, there are many more things that can go wrong in a traditional power plant, and considerably more dangers.

How may the SCADA design requirements differ for a traditional energy power plant versus a solar power plant?

Traditional power plants use more of a Distributed Control System (DCS), because there are so many different plant parts to balance and control. At a coal plant, for example, you have fans, pulverizers, crushers, conveyors, and all kinds of other equipment before you even get to the turbine and generator.

Our background in traditional energy has made us "strongest in controls" because of the complexity and expertise required. Also, even though controls for a solar PV site are simpler, it's still important to understand all of the regulations and requirements involved in connecting to the grid and how they should be applied. Our background gives us that working knowledge.

Being a controls company first and foremost allows us to help customers in the renewable market not only have control reliability at their plant, but to contribute to a stable, reliable grid. Working together, we can make sustainable energy easily accessible for more homes and businesses. 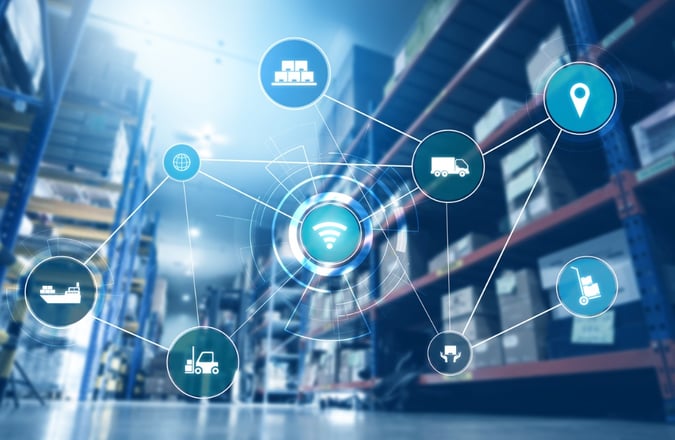 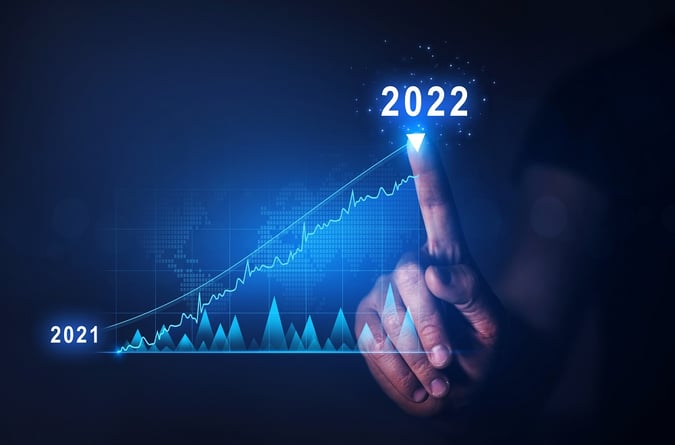 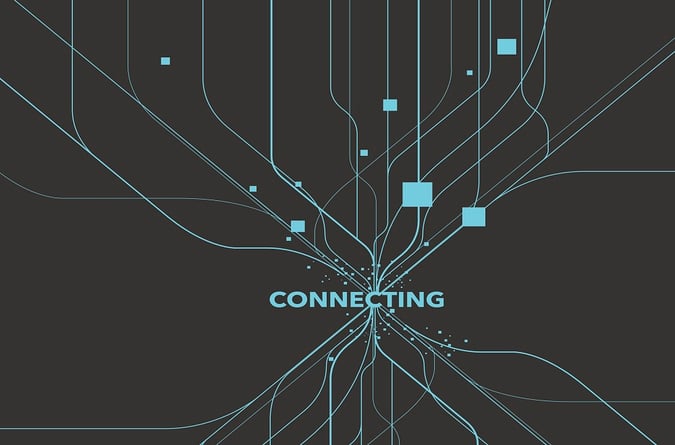 Benefits of Having an Enterprise SCADA System